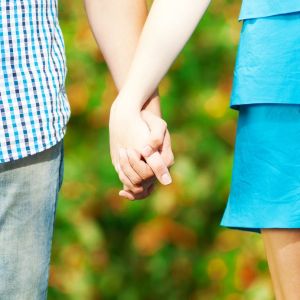 Most Americans have probably heard that the national divorce rate is somewhere between 40 and 50 percent.  We’re used to that scary number.  But many who haven’t been through a remarriage might not know that the divorce rate for remarriages is even higher.  I recently encountered an article in the Huffington Post, citing a divorce rate of 60 to 67 percent for second marriages (at least one spouse married before) and 70 to 73 percent for third marriages (at least one spouse married twice before).  Those are rough odds, and to the uninitiated, it may seem counterintuitive.  Those who remarry should be older and wiser, and should know themselves and their needs better, right?  They’ve been down the road of marriage before, so shouldn’t they understand the stakes and the pitfalls?

All of that may be true, but there are also a number of complicating factors that uniquely threaten remarriages.  The HuffPost article addresses a number of psychological factors that may play a role, such as fear of being alone and looking for a quick fix after a difficult divorce.  Possibly the biggest complication is dealing with children and challenging exes on one or both sides of the new family.  Those who have successfully blended families know that it takes a lot of love, patience, and hard work.

The point of knowing and sharing the statistics about remarriage is not to throw cold water on post-divorce relationships or second and third marriages.  It’s simply to note how important it is to think about the realities of remarriage for you and your situation.  What factors in your life are likely to make things different this time around?  How will you and your next spouse deal with those things together?  Nobody wants to visit a divorce lawyer at all, much less for more than one case in a lifetime.  It takes courage and thoughtfulness to start over, so take your time and address the challenges honestly so that you can beat the odds the next time around. 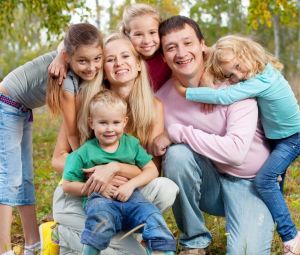 Stepparents generally have few or no legal rights or responsibilities when it comes to their stepchildren.  In some cases where a stepparent is the only mother or father the child has known, however, or where the family wishes to make the bond of family “official,” adoption of the child by the stepparent may be possible.  Here are five things to know about stepparent adoption in North Carolina:

1.  A stepparent who adopts agrees to become the legal parent of the spouse’s child, and to assume all the rights and responsibilities that the child’s biological parent would have.  Adoption is for life, even if the adoptive parent and biological parent divorce.

3.  In order to file the petition for stepparent adoption, the child needs to have lived primarily with the stepparent for at least 6 months immediately before filing.

4.  The stepparent who adopts must be legally married to the parent who has legal and physical custody of the child. 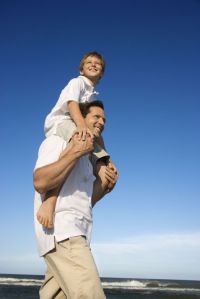 Lots of parents and stepparents in North Carolina wonder whether the stepparent’s income affects the amount of child support that is owed.  For example, if dad remarries a woman who has quite high income or assets, will it mean that he is obligated to pay more in child support?  If he cannot or does not pay for some reason, can his new wife be required to pay child support on his behalf?

In North Carolina, stepparents have absolutely no duty of support to stepchildren.  The obligation of a stepparent depends on whether the stepparent voluntarily act in loco parentis, which means in the place of a parent.  Someone who is acting in loco parentis “has assumed the status and obligations of a parent without a formal adoption.”  This is reviewed on a case by case basis, and the question is whether the stepparent intended to assume such obligations toward the stepchild(ren) as support and maintenance.

Contributions of a third party (stepparent) may be used to support a deviation from the NC Child Support Guidelines.  This generally requires that the parent who receives the child support on behalf of the child has a higher burden to prove the actual expenses of the child and how much contribution is made by the stepparent.  This is quite unusual, but possible.  The bottom line, however, is that as a rule, a stepparent has no obligation to pay support for his or her stepchildren. 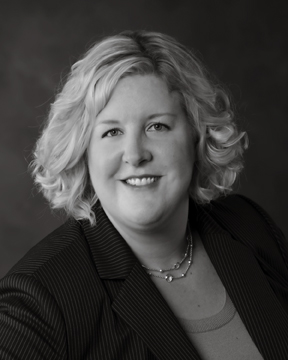